Mold spores, odors, humidity and critters create a very unhealthy environment for people. Many people are allergic to these things, and experience a hose of symptoms and don't realize that their dirt crawl space is affecting their health. Dirt crawl spaces are great places to live, thrive and reproduce if you're a bug. There is an even temperature, moisture, damp wood and shelter. Spiders , beetles, centipedes, termites, and all kinds of other insects are found in dirt crawl spaces. Animals such as mice (dead and alive) are commonly found in dirt crawl spaces. In some cases, even rats, snakes and small animals have been found. 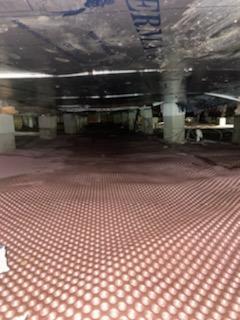 The dimples allow better conductivity for water to get to the perimeter drainage or sump pump located in the lowest spot of the crawlspace. The Drainage matting also softens the floor and increases durability. 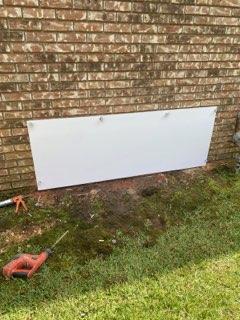 Building scientists, and the U.S Dept of Energy agree that vented crawl spaces in warm and cold climates are a bad idea. With the Cleanspace Encapsulation system your vents will be sealed up. This will save you energy cost and make a more comfortable and healthier home.

Most dirt crawl spaces are vented to get the moisture out. The problem is that the vents let warm humid air in during the summer. 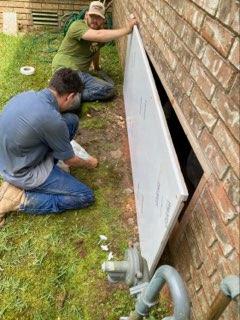 The Cleanspace Vent cover seals crawl spaces vents permanently from the outside to stop unwanted outside air from entering the crawl space, while covering ugly bents with an attractive panel.